Thriving After Discovering Your Partner is LGBT

Have you discovered your partner is LGBT?

Are you a heterosexual person who’s discovered that your partner is LGBT?

You’ve been married for a while and have begun to wonder, with a feeling of dread, “Is my husband gay?” Or you’re a man who’s been wondering if your wife’s disinterest is normal, or perhaps you, too, have been thinking, “Could my wife be a lesbian?”

You may have always felt something wasn’t quite right, but you couldn’t quite put your finger on what was wrong. You may have blamed yourself, or been blamed, for not being “enough” – not pretty enough, not desirable enough, not thin enough… Too messy, too fat, too needy…

You’re still not quite sure, but the evidence is building. You’ve begun noticing that he’s becoming excessively secretive, or is overly protective of his phone. Or you’ve found illicit text messages, gay-porn, or paraphernalia that you know isn’t yours. Worse still, perhaps your children have even been the ones to stumble upon these unexpected discoveries. 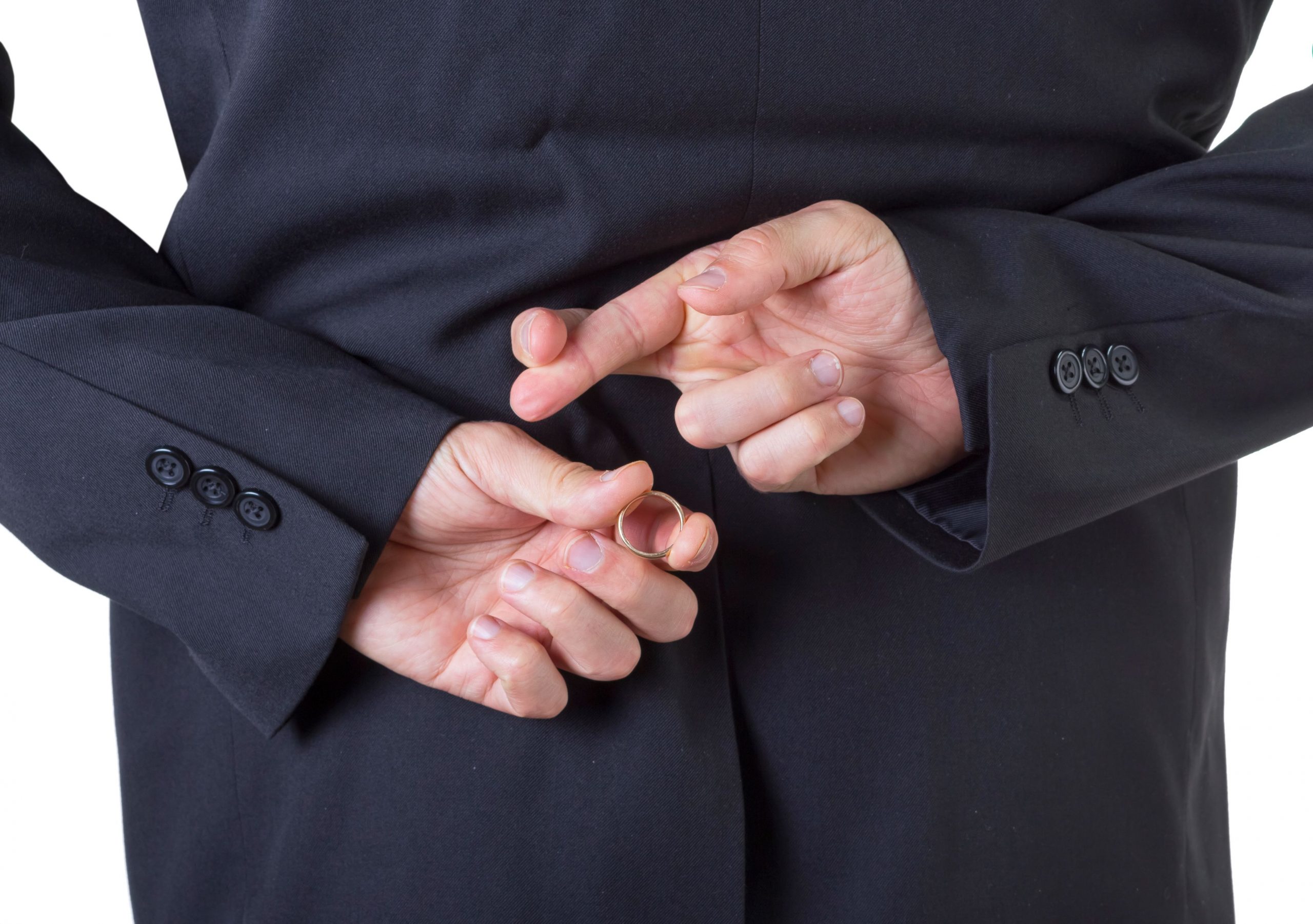 After discovering your partner’s secret sexual orientation or gender identity, you’re likely to be feeling extreme uncertainty and anxiety about what to do. Maybe you’re still in your partner’s closet, unable to tell anyone of the secret you now carry, that was never meant to be yours. If so, you’re probably feeling deeply lonely and isolated.

Maybe your partner has already “come out of the closet,” and your friends and family are focused on celebrating and supporting them, leaving you feeling unheard, unnoticed, invalidated, and overlooked. The reality is – you matter, too!

Maybe you’re already separated, and you’re desperately trying to come to terms with the new reality you never signed up for. Your partner has possibly ‘moved on,’ happily exploring their sexuality or gender identity at a faster pace than you’re ready for. They’ve had a lifetime to prepare for this ‘coming out’ but it is such new territory for you! It may even be difficult for you to let go of your romantic feelings and move forward, or perhaps it’s rage and resentment you feel stuck in. You may be wanting some support to help you move forward as a separated or divorced person, and find hope again.

No matter which scenario you identify with, you may be feeling deeply traumatised, grief-stricken, angry, hurt and overwhelmed. All of these emotions – and more! – are normal, given what you’re experiencing.

The good news is that you do not have to go through this alone. Help is available!

I Was Married to a Gay Man

I get something of what you’re going through because I, too, have lived it. After 24 years of marriage and five children (one of whom died), my husband finally told me the secret he had kept hidden for decades: he was, and always had been, gay.

It was 15 months before I was free to tell anyone, and in the meantime, we moved interstate, away from supportive family and friends. To say it was a dark time of my life doesn’t begin to scratch the surface of how my world imploded.

I finally realised I’d been living in his closet for 24 years, and it would be some time before the cracks of light got in to show me the way out. I eventually found a supportive online community and a wonderful counsellor, who helped me begin to make sense of how things had been and to take tentative steps towards a life I could love. Along the way, I learned, I grew, and I rediscovered the strengths and qualities that had been submerged under the difficulties of a marriage I’d never quite been able to understand.

My voice was silenced for a long time because in telling my story, I am inadvertently telling his. My intent is not to shame him or tell the details of his story, but I have learned to find my voice in telling my own. I fully respect the difficulties and challenges my former partner had in his own life, and am happy that he has now begun to live an authentic life. It’s unfortunate that his pain and anguish had such a detrimental effect on me.

Thankfully, my life today is almost unrecognisable from how it was in the early years after discovering the truth about my husband. Does this mean that what he did doesn’t matter? Not at all. But I can honestly say I am – finally – deeply happy and fulfilled in my life, and thankful for the lessons I’ve learned along the way.

The trauma of being collateral damage in someone else’s story is very real. It can take years to recover hope and rebuild a happy, fulfilling life, particularly without help and support. Counselling or coaching can help you process your pain and grow through your grief. It can help you find meaning in your experience and move forward to live your best life, whether you stay together or separate.

Through individual counselling and group therapy, I can support you in your recovery. I offer online counselling and also in-person counselling in Melbourne, Australia. I am also a Certified Trauma Recovery Coach, so can offer coaching globally. My services are specifically aimed at straight spouses who have discovered they were living in someone else’s closet. It has become my life’s work and my greatest passion. Please come over to Not My Closet to find out more. You can also book in for a complimentary 20-minute enquiry call to discuss the possibility of working together in your healing journey.

Note: This site is LGBTQIA-affirming – but heterosexual-focused. I acknowledge and respect the rights of LGTBQIA+ people to live authentically; in fact, if more did so, there would be fewer people in our position. My purpose is to provide a safe emotional space for heterosexual people in, or recovering from, a relationship with a closeted LGBTQIA+ person.

Find Out More
We use cookies on our website to give you the most relevant experience by remembering your preferences and repeat visits. By clicking “Accept”, you consent to the use of all the cookies.
.
Cookie SettingsAccept
Manage consent

This website uses cookies to improve your experience while you navigate through the website. Out of these, the cookies that are categorized as necessary are stored on your browser as they are essential for the working of basic functionalities of the website. We also use third-party cookies that help us analyze and understand how you use this website. These cookies will be stored in your browser only with your consent. You also have the option to opt-out of these cookies. But opting out of some of these cookies may affect your browsing experience.
Necessary Always Enabled
Necessary cookies are absolutely essential for the website to function properly. These cookies ensure basic functionalities and security features of the website, anonymously.
Functional
Functional cookies help to perform certain functionalities like sharing the content of the website on social media platforms, collect feedbacks, and other third-party features.
Performance
Performance cookies are used to understand and analyze the key performance indexes of the website which helps in delivering a better user experience for the visitors.
Analytics
Analytical cookies are used to understand how visitors interact with the website. These cookies help provide information on metrics the number of visitors, bounce rate, traffic source, etc.
Advertisement
Advertisement cookies are used to provide visitors with relevant ads and marketing campaigns. These cookies track visitors across websites and collect information to provide customized ads.
Others
Other uncategorized cookies are those that are being analyzed and have not been classified into a category as yet.
SAVE & ACCEPT